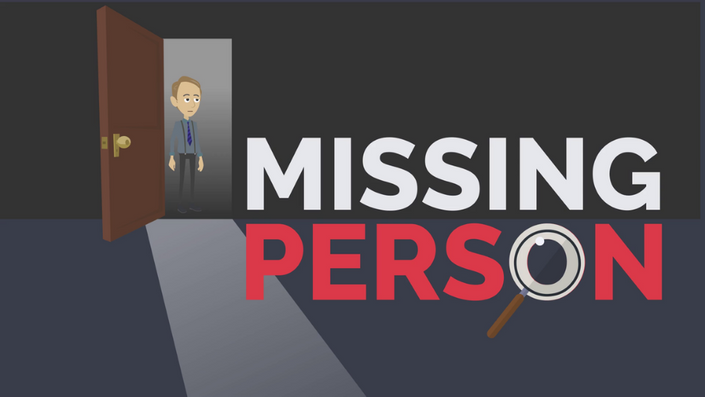 A Detective Story for Learning English

Missing Person is a mystery story written especially for adults learning English. It is written in the form of a standard mystery novel with 12 episodes, but is written at an English level that is easier to understand.

Are you looking to improve your general English skills in a fun and interesting way?

Missing Person is like your favorite TV series, but much easier to understand!

You can follow along with a transcript of every word said in each episode, and learn the vocabulary in each lesson from the Glossary section.

Every episode also comes with a Culture Note on a related topic.

Watching these episodes will help you learn useful and frequently-used words in English. It is for anyone who wants to improve their general knowledge of the language!

Episode 1 – The Man in the Mask

Professor Darren Reeves was once a private detective. One of his students asks him to help her find her missing sister. What really happened to Sarah Salas?

Follow the story and learn how to use expressions such as to tick someone off, to moan, to twist, to not say a word, coldly, and many others.

Darren and Anne manage to get inside Sarah and Bill's apartment. As they search for information on Sarah and Bill's disappearance, Darren realizes they might not be alone. Who is in the next room?

Learn how to use words like trick, criminal record, buff, and expressions such as to be convicted, to be treated like and many more.

Episode 3: A Woman in Pain

Unsuccessful in finding out what really happened to Bill and Sarah, Anne begins to give up hope. However, before Darren can say anything, Anne receives an important phone call. Who is the mysterious caller?

In this lesson, you will learn how to use expressions like in one fell swoop, to poke around, burglary, to disappear into thin air, and many more.

Episode 4: Meeting at the Café

Darren and Anne rush to a Café to meet with Bill who tells them that Sarah has been kidnapped. Bill tells them that the kidnappers are demanding a ransom if they want Sarah to be set free.

In this lesson, learn how to use expressions like incredulously, nightmare, justifiably, obscenity and a whole lot more.

Darren asks Bill and Anne to come up with a list of suspects that might be involved in Sarah's kidnapping. Bill reminds him not to inform the police. Darren agrees but gets a funny feeling about Bill's story.

Follow the story and learn how to use expressions like to make the drop. to hand over, pile of cash, prime suspect and many more.

Darren meets up with an old friend, Kathy Chang, for their weekly dinner. Kathy and Darren are no longer dating, but could there be hope for romance in the future?

Find out how you can use expressions like to snag, to change the subject, dig in, big guy, and many more.

Darren tells Kathy the details of Sarah's kidnapping. Kathy gives Darren advice about the list of suspects. As Darren drives off to visit one of Prado Computers' ex-employees, his police scanner picks up an announcement. There has been an accident in the freeway!

Follow this lesson and learn how to use expressions like to be forced, judgement, to pull over, to involve and many more.

As the paramedics prepare to bring Anne to the hospital, Darren gets important information from her. Darren calls an old friend to identify the driver of the car that crashed into Anne. As he waits for results, Darren drives to see one of the suspects in the list. Is this person involved in the kidnapping?

Episode 9: At the Beach

Darren visits another person in the list of suspects, June Brown. June is reluctant to give Darren any information that will help in solving the case. Darren finds himself desperate for answers.

Follow this lesson to learn about expressions like surfer, to get even with someone, to belong to and many more.

Episode 10: The Bartender Shows Up

Darren visits John Costello, the person who hit Anne's car on the freeway. Before he can even talk to him, Darren stumbles upon Costello's dead body. Darren and Anne head back to Bill and Sarah's apartment and discover that the police are there. Why?

In this lesson, learn how to use expressions like to shake one's head, to blame someone, to be stuck, to get lucky and many more.

With everything starting to make sense, Darren calls Kathy and asks for a favor. Darren waits for nighttime and heads back to Bill and Sarah's apartment. He finds out what really happened to Sarah Salas while looking down the barrel of a loaded gun. Can Darren survive?

Follow the lesson to learn how to use expressions like proof, to break into, frying pan, to come at someone, and many more.

Episode 12: Kathy to the Rescue

The truth is finally out and the mastermind is finally caught. Darren and Kathy spend another dinner together and discuss what actually happened in the disappearance of Sarah Salas. The case of the Missing Person is finally solved.

Learn vocabulary like to get rid of, to blab, helper, coincidence and many more.

All our courses are created by Dr. Jeff McQuillan and Dr. Lucy Tse, two former university professors with Ph.D.s in applied linguistics and education.

See a Short Sample of the Course!

Watch a small sample from Episode 1

When does the course start and finish?
This is a completely self-paced online course. You have access to this course for **30 days** of the date of purchase.
What if I am unhappy with the course?
We would never want you to be unhappy! If you are unsatisfied with your purchase, contact us in the **first 30 days** and we will give you a full refund.